Greater Is He That Is In Us

Have you ever found yourself wishing for a miracle?

There are numerous times where Christians want God to step in to save them, whether it’s dealing with a financial situation, an unexpected injury or some other joy-stealing circumstance. In most cases, we’re praying for God to make the first move, but what if He’s waiting to perform the  greater work through us?

“Most assuredly, I say to you, he who believes in Me, the works that I do he will do also;
and greater works than these he will do because I go to My Father.
And whatever you ask in My name, that I will do, that the Father may be glorified in the Son.
If you ask anything in My name, I will do it.”

Remember how I was alluding to the greater power that is at work within us in previous posts? The minute the Holy Spirit enters our life, He immediately starts transforming us into the image of Christ. Sometimes it starts out slowly and other times it’s an instant change, but in the end, we have the mind of Christ. What does that mean? Exactly what John 14:12 says! As long as we believe in Him, we have the power to do greater works than Christ did because He is seated victoriously at the right hand of the Father.

So, how does this work? That’s where the second part of John 14:12-14 comes in. All we have to do is ask. Now, keep in mind that He doesn’t say He will do it “immediately,” “right away,” or anything like that; it’s all based on God’s timing. But we have the assurance that there is a greater power at work within us and that God has heard our prayers and will follow through on His promise of doing something about it.

The bottom line is, don’t hesitate to ask for a miracle. It doesn’t matter what the situation is – our God is the same yesterday, today and forever (Heb. 13:8)! He is our Healer (Psalm 41:2-3)! He is our Provider (Phil. 4:19)! He will never change, which means that we can always count on Him to raise us up with His righteous right hand (Isaiah 41:10).

He might choose to step in and save the day or He might want us to take authority over the situation in Jesus name and perform the miracle through us. No matter what the circumstances are, we can rest assured that our God is faithful and will never fail us nor forsake us. (Deut. 31:6) 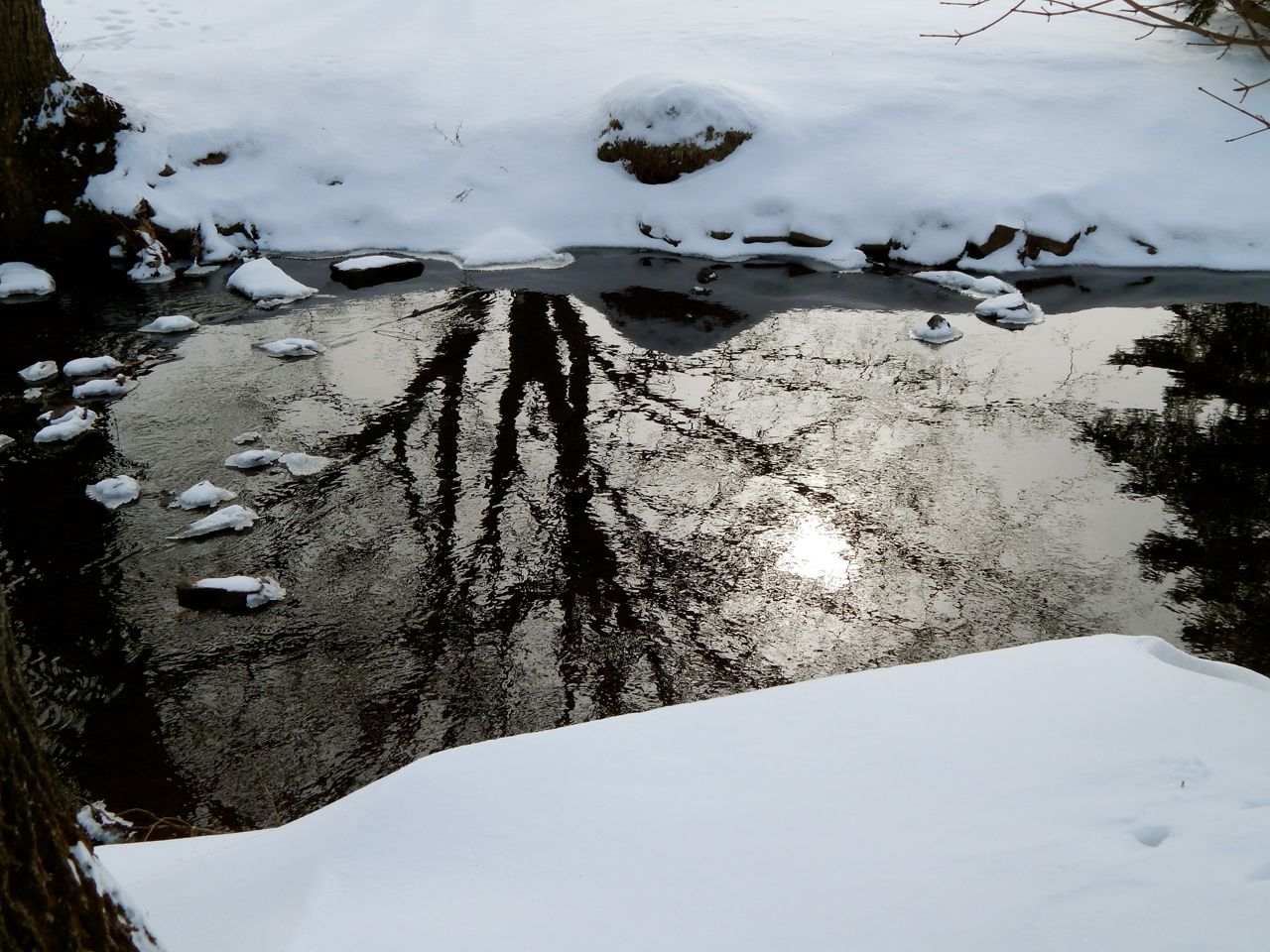 Whether you’re new to Christianity or believed in Christ at a young age, you’re bound to hear that fact more than once.

But what does it mean?

Granted, it will be different for everyone. I’ve struggled with this verse off and on throughout my walk with Christ and still have yet to come to a full conclusion of what it means for me.

How can we, as humans, have the mind capacity of the Creator? There’s so much about God that we don’t completely understand yet, so how can we understand or comprehend the mysteries and knowledge of Him?

In 2 Peter 1:2-4, it says “Grace and peace be multiplied to you in the knowledge of God and of Jesus our Lord, as His divine power has given us all things that pertain to life and godliness, through the knowledge of Him who called us by glory and virtue, by which have been given to us exceedingly great and precious promises, that through these you may be partakers of the divine nature…”

The first part of that verse is easy to grasp. Peter is blessing the people receiving the letter in the knowledge of God and of Jesus (which is kind of like blessing them in the name of God). But then it goes on to say that through the knowledge of Him, we may be partakers of the divine nature.

What all does that encompass? When you think about your “nature,” what comes to mind?

Your soul, thoughts, feelings, personality, creativity… the very essence that makes you you, right?

Take a moment and realize what that means for us as believers.

Mind blowing, I know… and it gets better:

“Therefore, having been justified by faith, we have peace with God through our Lord Jesus Christ, through whom we also have access by faith into this grace in which we stand, and rejoice in hope of the glory of God.” (Romans 5:1)

It is by faith, and faith alone, that we have a part in God’s nature. There’s nothing that we can do to earn it. We were made in His image (Genesis 1:26-27), so He pretty much imprinted Himself on our souls and being “partakers of the divine nature” and “having the mind of Christ” is a part of following Jesus. Getting access to all that knowledge doesn’t happen automatically when we believe, but we’re given a key. Once we realize that we have the key to the mind and knowledge of God and claim it for ourselves (fully believe it), that’s when things start happening:

Colossians 2:2-3 gives us a glimpse of what we could experience once we start seeking to know to mind of God and take ownership of our right to the divine nature: “… that their hearts may be encouraged, being knit together in love, and attaining to all riches of the full assurance of understanding, to the knowledge of the mystery of God, both of the Father and of Christ, in whom are hidden all the treasures of wisdom and knowledge.”

I mean, as believers, this passage says that we have the right to seek after the mysteries and knowledge of God! Too many of us don’t take advantage of it and miss an entire aspect of our faith. God wants to reveal more of Himself to us, His beloved creation, and He’s waiting for His followers to actively start seeking after the divine nature that is rightfully ours.

Like I said, I’m still trying to wrap my mind around this and figure out what it means for me. But I’m working on talking with God more frequently and asking Him direct questions instead of wondering quietly to myself. Diving into His Word and discovering new meanings behind well-known passages has been one of the immediate benefits.

The Holy Spirit will be faithful and will open your mind to more of who God is. Strive toward Him. Claim your divine inheritance. Don’t get stuck in the lie that God won’t reveal things to us because we’re mere human beings.

We have the mind of Christ!

Your hatred is for individuals, whereas mine is for certain actions and ideas.”
Matt Walsh.

Recently, one of my favorite bloggers, Matt Walsh, wrote a response to all of the hate mail that he has been receiving for voicing his opinions on some of society’s issues.
Whenever a breaking news story comes out or an issue gets heavily debated on social media sites, you can almost guarantee that Walsh will have something to say on the matter… and it’s refreshing to read a Christian viewpoint on what’s happening in the world.
He doesn’t blatantly shove the Bible in his readers’ faces or act as if he’s superior to them. He states the facts and explains why he thinks the way he does (with plenty resources to back up his viewpoint).
So, my question is, why do we, as Christians, get so much hate for voicing our opinions or not agreeing with the way society thinks?
Some people claim that Christians are just out to condemn others for their sinful ways and to bring down judgement upon them. Still others seem to see us as cold-hearted Pharisees that follow a strict set of rules and look down upon those who don’t believe the way we do.

“They laugh hysterically when a Christian suggests that it’s possible to condemn the homosexual act without hating the homosexual person. I’ve attempted to make this
clarification so many times, and, on every occasion, I’m told that such a distinction is impossible. Hate what a person does, hate the person. It’s that simple.”
Walsh

But that’s not it at all!
As Walsh says in his post: “I hate attacks on marriage, on the family, on my faith, on liberty, on truth, on reason, on the constitution, but I don’t hate the attackers. I hate what they stand for, I hate their agenda, I hate their lies, but I do not hate the individuals.”
Why?
Because, as children of the Most High God, we are called to love one another; as God has loved us, that we also love one another. By this all will know that we are Christ’s disciples, if we have love for one another. (John 13:34-35)
That’s all there is to it. Since God is love and, as the sons and daughters of God, we have the likeness of Christ, we are called to spread that love to those around us, not hate.
Yes, it is not our place to pass judgement on anyone for God “has committed all judgment to the Son… [whose] judgment is righteous, because [He] does not seek [His] own will but the will of the Father who sent [Him]” (John 5:22, 30) and sometimes it might seem as if Christians are judging others for their actions left and right (and maybe sometimes we are unintentionally).
But we’re not perfect either. As Christians, we should all be striving to follow in Christ’s footsteps and that’s what grace is all about), and in reality, we are condemning the sin and hoping to reveal the truth to those around us.
So, in short, yes, I believe it is possible to hate the sin and love the sinner.
I mean, there is a spiritual battle going on all around us all the time. Satan is fighting to claim as many souls as he can and will do all he can to confuse and mislead those who are still stuck in their sin. He will keep leading them in endless circles, away from the Light of the One who is calling out to them in Christ’s name, offering hope and salvation.
As Walsh put it in his blog, if we were really out to get people, we wouldn’t be approaching them about the issues we see in their lives. If we “hated” them, we would just ignore it and let them sink deeper and deeper into the pit of despair until they were overcome and consumed.

But the thing is… we care. The love of Christ drives us to do all we can to save those who haven’t realized the truth.

“So, if you get upset at any of us, get upset at those of us who think we know the truth yet are too lazy and selfish to speak up and share it. Indeed, just because someone voices a disagreement with you doesn’t mean they hate you. Often, it means the exact opposite.”
Walsh

To read the full post that I based this off of, visit http://themattwalshblog.com/2014/06/05/this-person-is-planning-to-kill-me-in-order-to-teach-me-that-shouldnt-be-mean-and-hateful/2/#HvUev1Y8obubj19i.99